Have you read The Cherry Blossom Murder? Please add your own review on Amazon UK or Amazon USA and Goodreads.

‘Rich symbolism and psychologically valid motivations drive this tense adventure of misdirection and murder most foul.

The author displays an instinct for foreshadowing, inviting readers to share in solving the mystery.

‘I have a little bit of an obsession with Japan, I may never visit but with the help of a good book I can visit from the comfort of my own home and be immersed within the amazing sights and sounds.

The Cherry Blossom Murder is the perfect visit to Japan, viewed from the eyes of a young English woman, Josie who is living and working in Tokyo.

If you like a good murder mystery with easy humour and beautiful imagery then this is perfect for you plus it is part of a series so I hope to read more murder mysteries from Josie soon.’

‘I admit that I don’t follow many other Japan-related blogs. Itineraries and my toddler keep me away from my computer quite a bit and when I do sit down in front of the screen, it’s usually to blog here.

So it was a nice surprise to see that fellow blogger and Japanophile Fran had self-published a mystery novel centered around the Takarazuka Revue, an entertainment troupe little known outside Japan.

My initial reticence with the book (self-published works can be … less than stellar at times) soon gave way to pag- turning enthusiasm, as the very readable story kept me guessing “whodunnit” right up to the very end. Fran plans on more mysteries set around Japan and I’ll definitely be checking out her subsequent efforts.’

‘I enjoyed The Cherry Blossom Murder, and it was nice to immerse myself in a part of Japanese culture I know very little about…The detailed descriptions of certain streets and restaurants made me really believe I was there, and yet this was a very different kind of book to the usual sorts of novels written by Westerners who have lived in Japan.

I’d recommend The Cherry Blossom Murder to anyone who likes murder mysteries, but also to anyone with a curiosity for Japanese culture and a desire to get a bit further under the surface.’

‘My favourite thing about this book was the little details and observations that the main character, Josie, makes throughout her investigation … This allows the reader to see things through Josie’s eyes, as a foreigner living in Japan who has time to notice the little things, rather than as a bright-eyed tourist who is just passing through, which you don’t always get in novels set in Japan that are written by westerners.

The murder itself is, you’ll be glad to know, juicy. There are plenty of suspects and surprises along the way, so it won’t disappoint fans of the classic ‘whodunnit’ genre. I whizzed through the book in just two days, which is always a sign of a good story!’ ‘The mark of a successful author, is the ability to transport a reader to a different place, absorb our imagination into a realistic character, and envelope us until we are a real part of their unfolding story. Fran Pickering’s The Cherry Blossom Murder does just this, introducing the (somewhat kaleidoscopic) settling of British expat and amatuer sleuth Josie Clark into the mysterious Japanese way of life.

Emma, Adventures of a London Kiwi 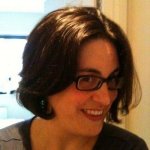 ‘I thoroughly enjoyed The Cherry Blossom Murder and on finishing the novel, immediately took to the Internet to discover when the next book in the series would be released.

I give The Cherry Blossom Murder five out of five stars and would  recommend to both crime and mystery lovers and also to shinnichi (or Japanphiles as they are known in English).’

This is a murder mystery with the beautiful cherry trees and landscapes of Japan and it makes it all the more thrilling to read of murder in paradise. A British girl trying to make sense of her new surroundings and a relatively alien culture despite her having lived there for a while before the murder all adds to the overall enjoyment of the book.

If you like red herrings, twists, lots of trying to fight against what you believe to be the truth – and a rollocking great murder mystery – then may we suggest you step on board The Cherry Blossom Murder train and take a ride to Japan.