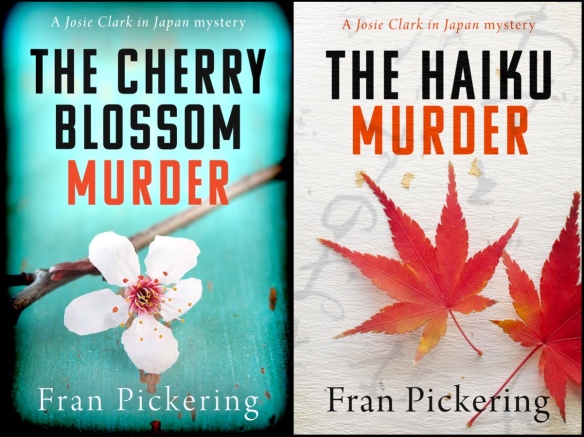 Want to win signed copies of the first two books in the Josie Clark in Japan murder mystery series? Then you’re in luck, because the Japan Society is running a giveaway in time for Christmas.

Josie Clark is an expat Londoner living in Tokyo, where she’s inclined to stumble across a surprising number of bodies. In The Cherry Blossom Murder she goes backstage at Japan’s spectacular Takarazuka Revue to expose a murderer and save a priceless treasure and in The Haiku Murder she finds that poetry can be more dangerous than you’d think when a charismatic haiku-writing financier falls to his death from the top of Matsuyama castle.

To enter the giveaway, all you need to do is email your name to william.upton@japansociety.org.uk by 12 December 2014. A lottery will be held following the closing date and the winners announced on the Japan Society website and on social media.

The Japan Society is the leading  independent body in the United Kingdom dedicated to the enhancement of the British-Japanese relationship, with a history stretching back to 1891. Find them on Twitter @japansocietylon and Facebook.