2014 is the hundredth anniversary of The Takarazuka Revue, the spectacular all-female Japanese song and dance company, and, to mark the occasion, Neo Magazine has just published an article about the history and background of the Takarazuka Revue, plus coverage of a fascinating and hugely popular commemorative event held by the Japan Foundation in London called A Hundred Years of Song and Dance.

Neo Magazine is the UK’s biggest journal of all things happening in Asian pop culture, including anime, manga, music, movies, games, food and more. It’s been around since 2004, focusing on Japanese, Korean and Chinese entertainment. It provides features, previews, reviews and guides for the latest anime, manga, Asian movies and games, all written by a team of independent journalists from the UK, the US and Japan. 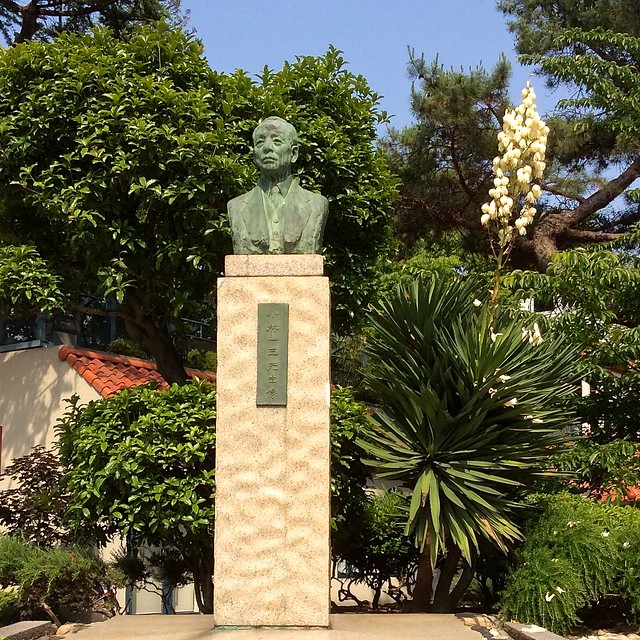 Statue of Ichizo Kobayashi outside the Grand Theatre in Takarazuka

You can get Neo Magazine online or in print. The digital edition is £2.99 and the print edition is £4.25.