It’s the Takarazuka Revue’s one hundredth anniversary this year, so I absolutely had to go back to the little town in the mountains outside Osaka where it all began and see the anniversary production of their most famous show, The Rose of Versailles. It was a trip down memory lane for me – it’s several years since I was last there, and I was excited to be back. 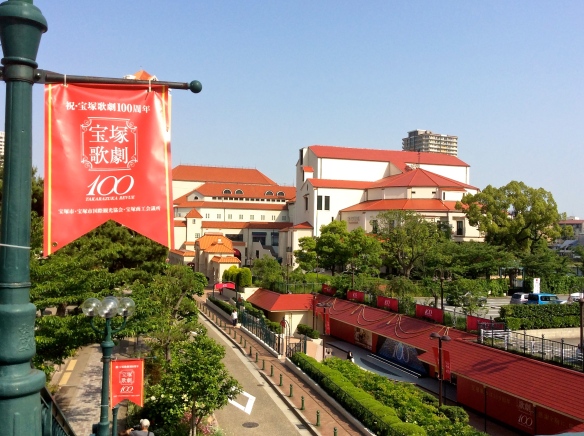 The view down the Flower Path towards the theatre complex

Seeing a show at the Takarazuka Revue is the most amazing experience and I definitely recommend you try it if you ever get the chance. The theatre is massive – it seats 2,000 and the stage is twice the size of the stage at the London Coliseum. 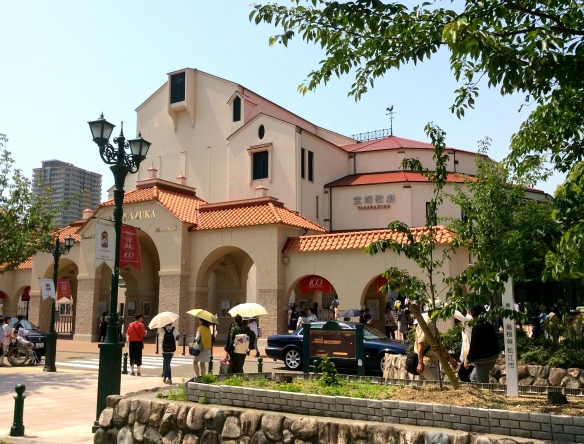 The audience arriving for the 11 am show

The entrance to the theatre complex

There are four hundred actresses in total – about seventy of them appear in each show. And what shows they are! Singing, dancing, high energy extravaganzas with wonderful costumes that cost a fortune to make and look it too.

A Takarazuka costume on display

Did you notice I said actresses, not actors? That’s because the Takarazuka Revue is all-female. No, it’s not aimed at men; the vast majority of its audience are women, drawn by the romantic stories and the beauty of the star actresses who play men in the productions. You’ve heard of kabuki, in which men play women (like in Shakespeare’s day), haven’t you? Well, Takarazuka is the mirror image.

The stars of the Takarazuka Revue

The show I saw was The Rose of Versailles, which is set at the time of the French revolution, giving plenty of scope for spectacular dresses and dramatic fight scenes. There are many different versions, but the one I saw focused on Oscar, a woman brought up as a man (making for a complex love life), who leads her army battalion in battle but realises their role is to protect the ordinary citizens of France, not the extravagant court. 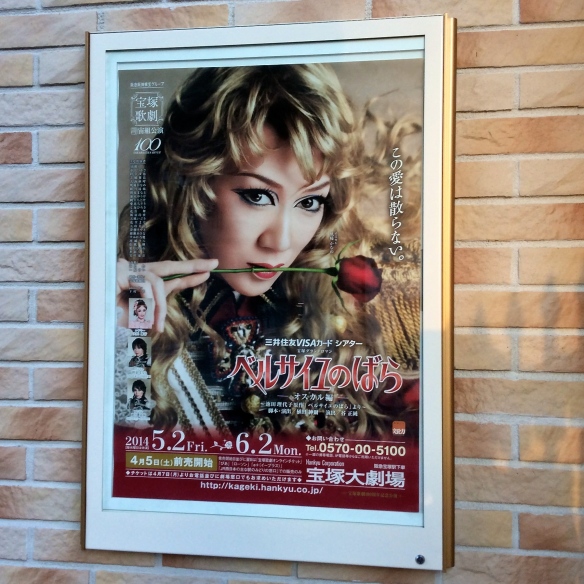 Poster for The Rose of Versailles

The Paradise Hall before the show 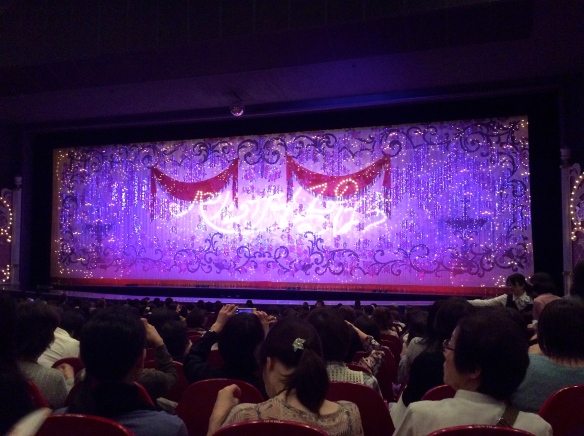 The Rose of Versailles front cloth

After the show I had a nostalgic wander along the Flower Path that runs outside the theatre. 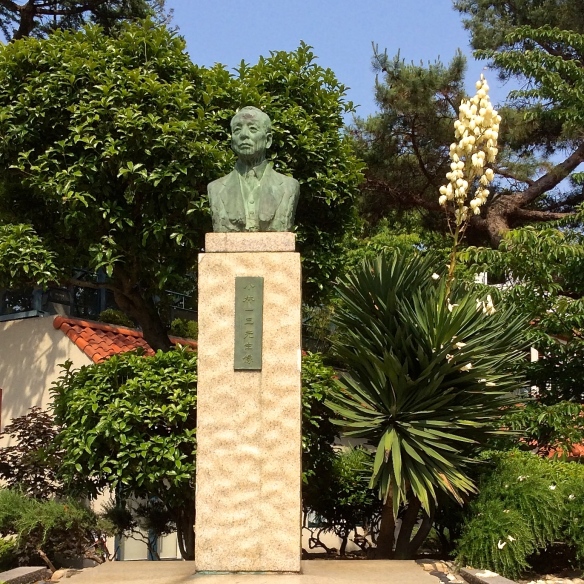 I couldn’t resist snapping the alcove where Mai-chan’s body is found in my East-West fusion murder mystery The Cherry Blossom Murder which is set at Takarazuka.

I was lucky to be there on such beautiful day, and at such a historic time. A memory to savour!

A view of the theatre complex from across the river

PS – if you want to know more about Takarazuka’s history, see my Takarazuka page.